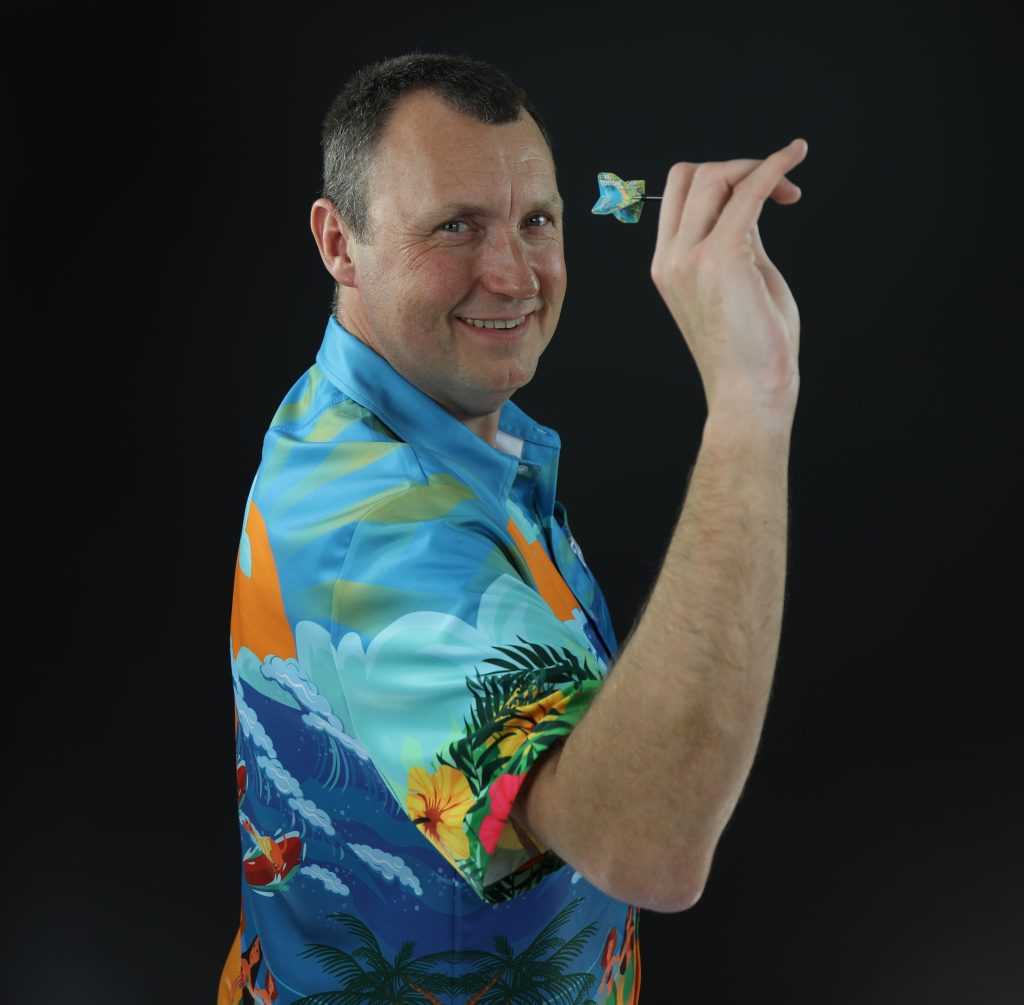 Wayne Mardle is an English retired professional darts player and former player in the BDO.  Before turning professional, he worked for the Association of Accounting Technicians.

He has been known as “Hawaii 501” since 2000, a play on the title of the popular television series, Hawaii Five-O, due to the Hawaiian shirts he started wearing in 1998 for a bet and 501 being the start score of a leg of darts. This dress sense coupled with his crowd-pleasing onstage activity (such as dancing to the interval music) saw him become one of the most popular players on the circuit.